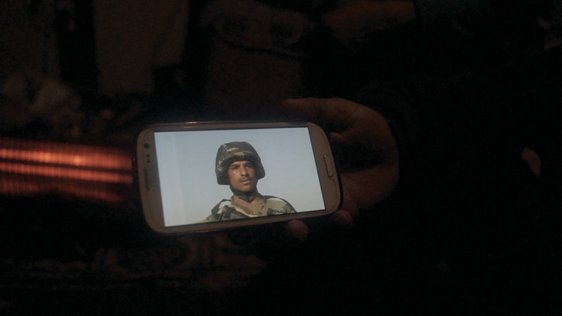 The film SURD, a two-channel projection, is a confrontation between two real snapshots. They are accompanied by a voiceover monologue. The left side of the video shows a close-up of a representative, who recites a form of mantra about fleeing, home and loss, and who stands for the fates of many others. As a vis-à-vis, he creates a direct confrontation with the spectator.The right side of the video depicts a staging of the army in a propaganda pop-music video, which is portrayed on a smartphone screen. In consequence, this part of the video stands in opposition and contradiction to the intimate and personal words uttered by the protagonist of the video on the left, who tells of his own experiences as a refugee.