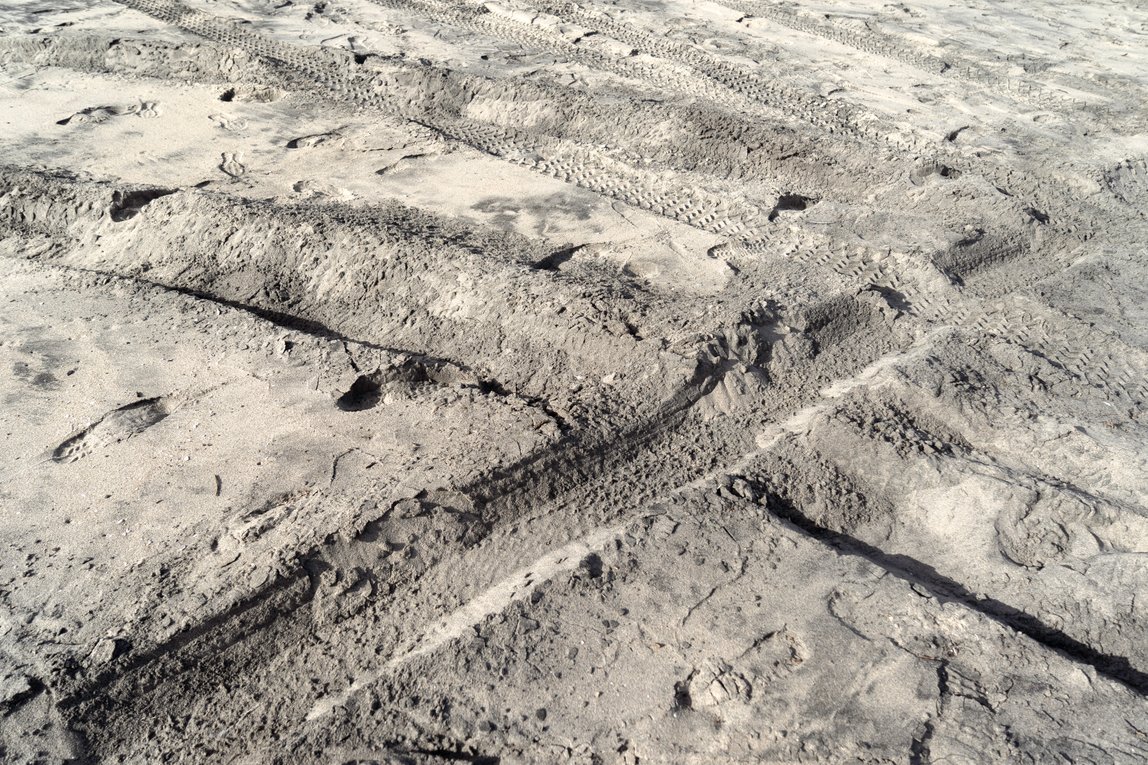 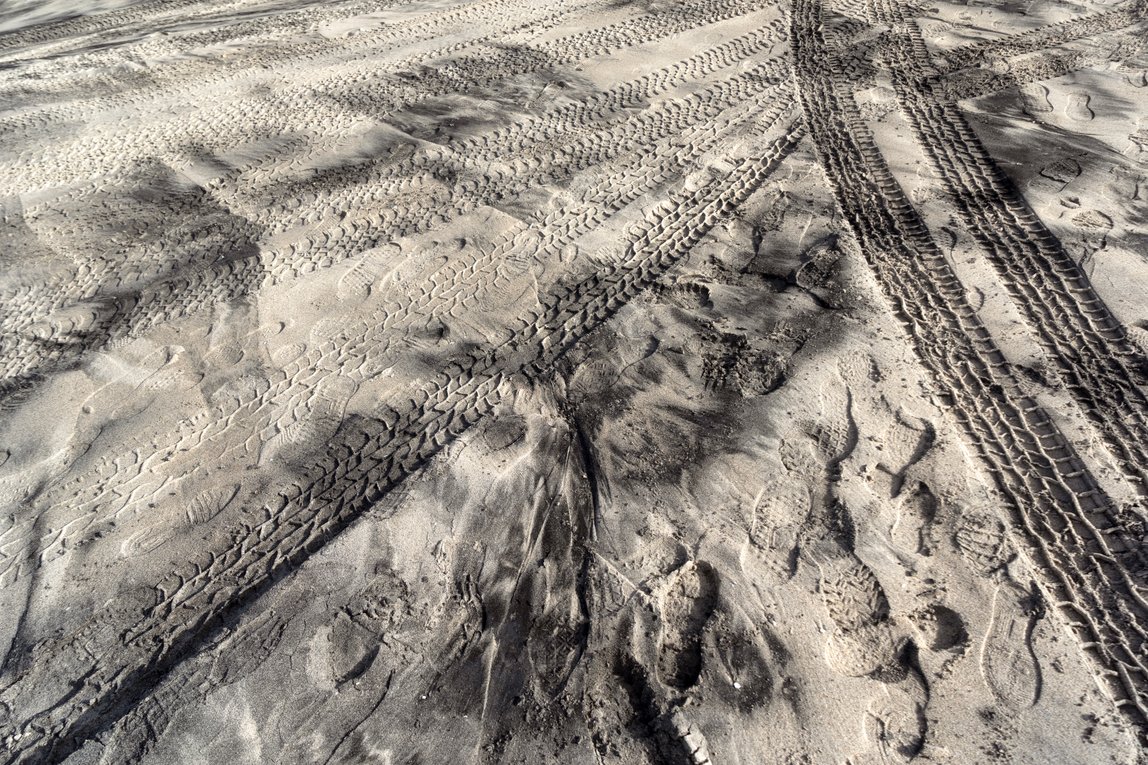 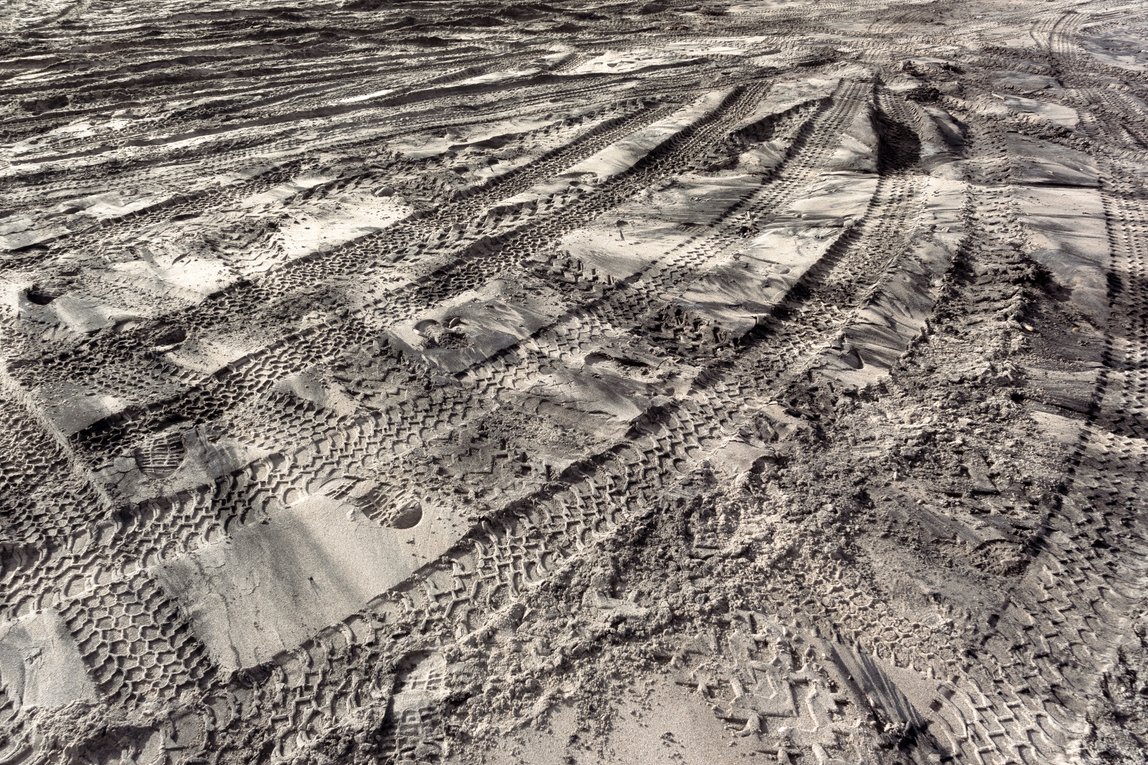 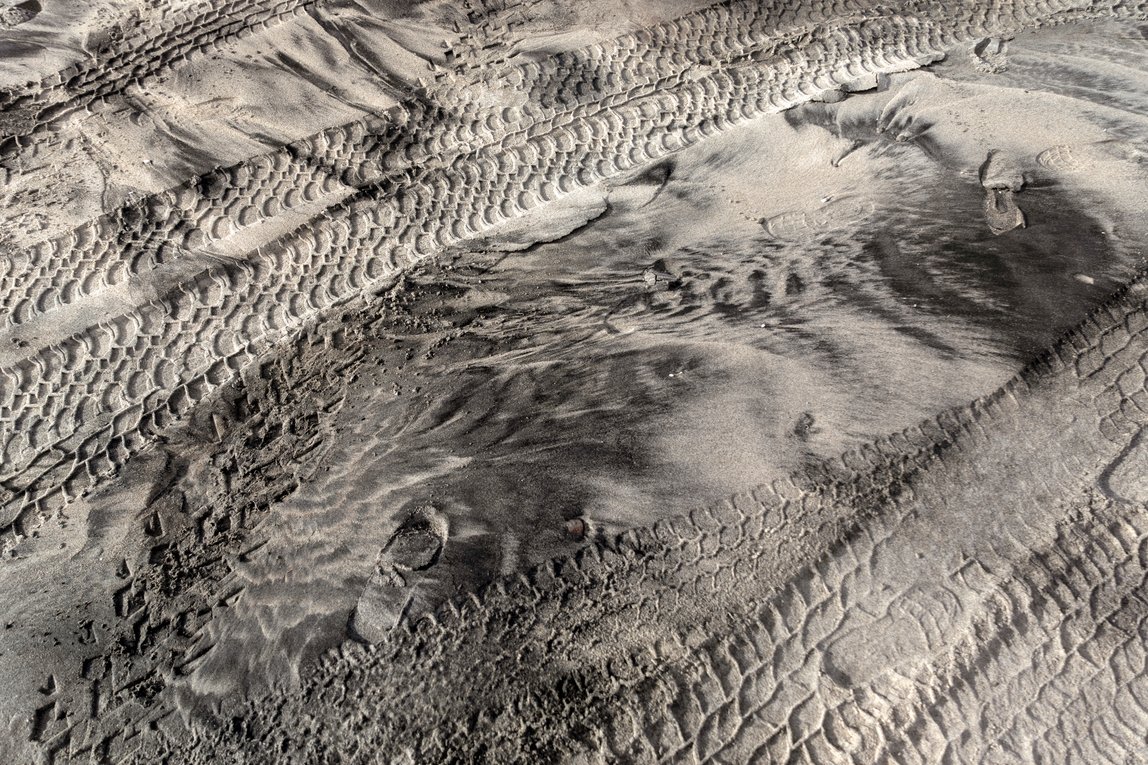 The series PASSAGE // 32°32’04.7“N117°07‘26.3“W was created in 2019 at the military base Border Field State Park in the United States, located close to the Mexican border. The title indicates the exact geographic location where the photo was taken and signals the political explosiveness of the place. The closeups of tracks from military vehicles propose a testimonial visual experience and create a palpable tension. The series pays tribute to a collective suffering, but it also questions the role images play in the reporting of conflicts. In this series, the visible speaks of the invisible and absence reveals presence. The tracks evoke escape which remains preserved in the form of a trace. 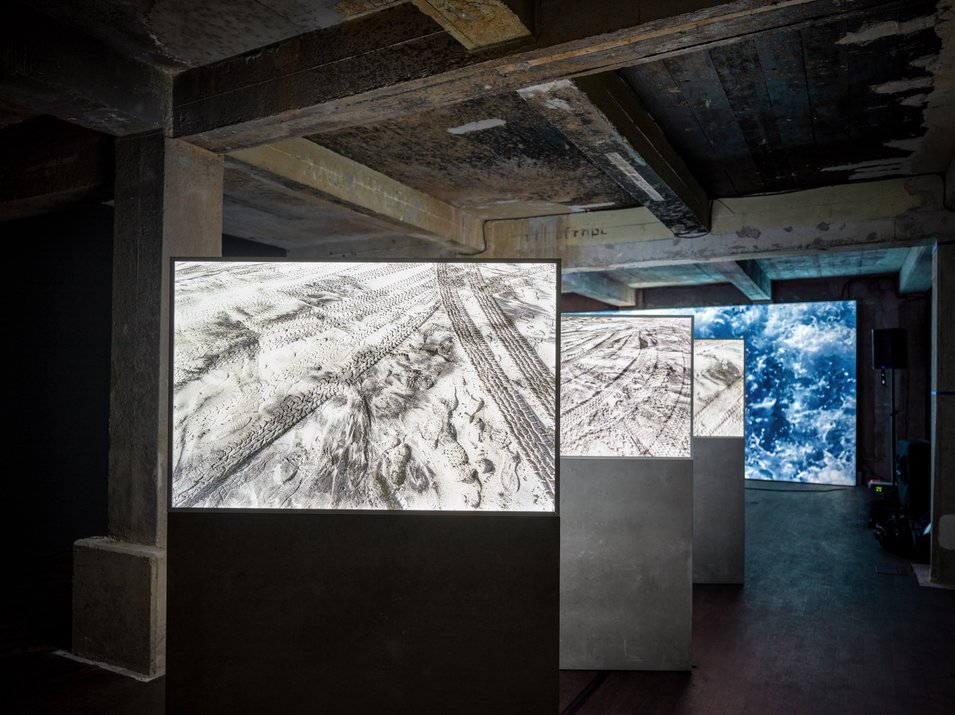 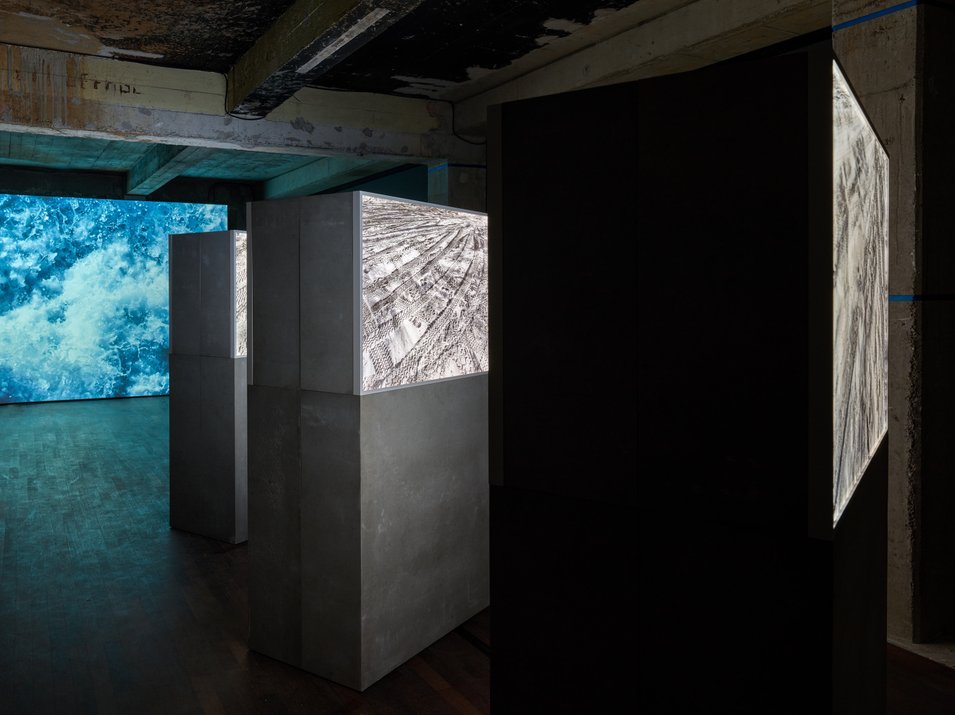 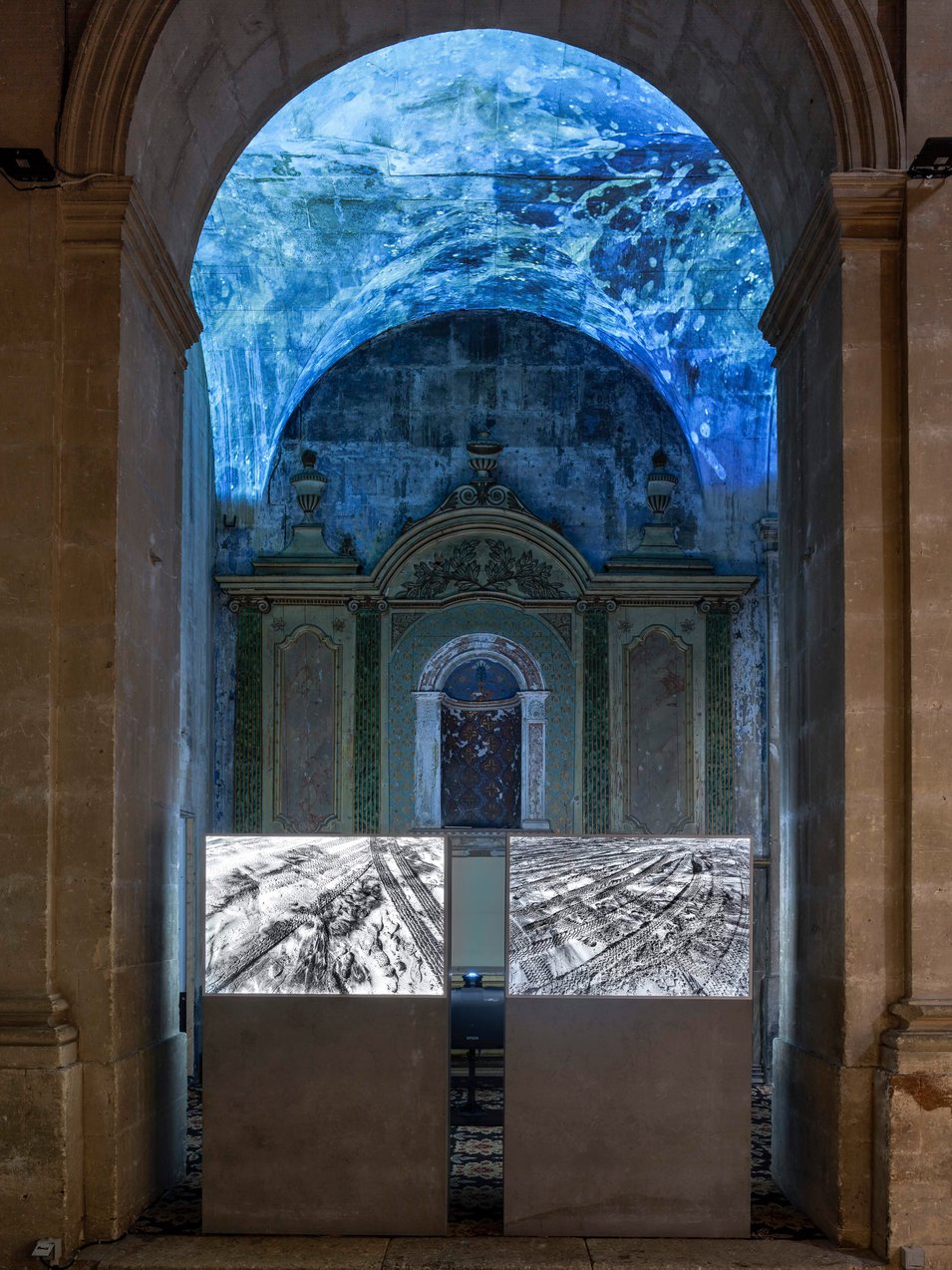